Just Give Bill Clark Coach of the Year Now

Wherever Would You Get The Idea ESPN Has SEC Bias? Just Give Bill Clark Coach of the Year Now Some Truth to Dave Doeren on ACC vs. SEC 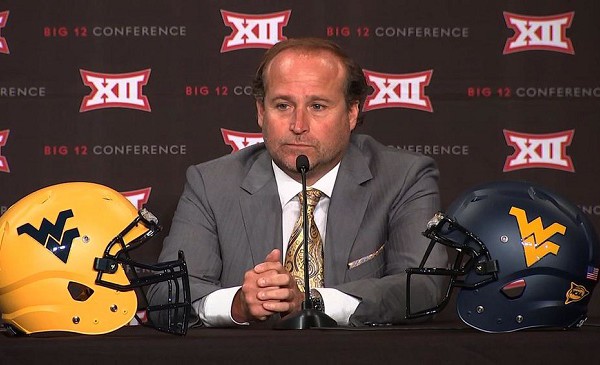 The NCAA’s Division I Board of Directors voted Thursday to grant autonomy to the so-called Power 5 conferences. In other words, the playing field between the ACC, Big Ten, Big 12, Pac-12 and SEC and the rest of Division I just got significantly wider.

And thus, a fourth division was passively created.

Yes, this is essentially the green-light for “Division IV,” as it was informally dubbed a year ago. Dan Wolken’s USA Today story on the vote touches on the most significant measure likely to follow: full cost-of-attendance scholarships.

ESPN has a quick overview of the possible changes on the horizon:

NCAA board approves reforms that will give Power five conferences ability to create own rules #CFBLIVE pic.twitter.com/brDxYlTgsb

Surely this will meet resistance through appeals before being enacted, as the rest of Division I football could be put at a crippling disadvantage. Adam Butler of PacHoops.com described the worst fears of those programs outside of the Power 5 sphere of influence.

UCF head coach George O’Leary was taken to task earlier this summer for his poorly worded criticism of Power 5 secession, but in O’Leary’s awkward Civil War analogy is a nugget of truth.

UCF steadily built into a perennially strong program, which last year culminated with its splash on the national scene in the Fiesta Bowl. The Knights were already victims of the partitioning of Div. I football once this year, with the American Athletic Conference losing its automatic bid into the top tier of bowl games.

More Spurriers must stand up in Power 5 conferences during this time of change if the Group of 5 programs are going to remain relevant.

On Thursday, shortly before news of the NCAA autonomy vote broke, North Carolina State and Marshall announced a home-and-home series.

Such series will be crucial to the strength of the Group of 5 going forward. The revenue and exposure from these games is essential, and brokering a visit from a Power 5 opponent lends a certain level of credence to these programs.

BYU was denied power conference designation by the ACC and SEC, but Pac-12 programs Arizona and UCLA picked up the Cougars for 3-game/home-home-neutral and 2-game home-home series. The Pac-12’s seeming approval of BYU gives the Cougars a solid cornerstone when shaping their independent schedules.

Boise State is a poster child for non-power conference programs building to national prominence. While home-and-home series were scarce, like the one the Broncos played with Oregon in 2008 and 2009, Boise State secured meaningful neutral-site contests with opponents like Virginia Tech and Georgia.

This year, the Broncos open in Atlanta against Ole Miss.

Boise State’s been able to parlay its past success into more, securing a home-and-homes with Oklahoma State and defending national champion Florida State in the coming years.

But if the Division IV rift is as great as some fear, some Power 5 coaches will get their wish of spurning the rest of Div. I in scheduling-coaches like Washington’s Chris Petersen.

In an ironic twist, Brian Murphy of The Idaho Statesman reports Petersen, the man who helped build Boise State, voted in an ESPN survey that the Power 5 should only schedule internally. Washington travels to Boise State next year in the second leg of a series brokered while Petersen was with the Broncos.

This is a very tenuous time for the Boise States and UCFs of college football.