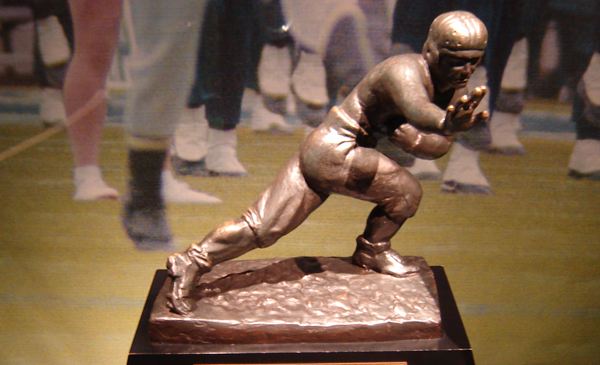 The Sooners’ total margin of defeat in losses to TCU and Kansas State may only be less than a touchdown, but in the Playoff era it’s evident that every point matters, to borrow a slightly altered version of the old BCS catchphrase.

Few in Norman are going to offer to pay for kicker Michael Hunnicutt’s Sonic anytime soon, though the Sooners’ 31-30 loss Saturday to K-State falls on more than just his foot.

To outgain an opponent 533 to 385, get 30-of-38 passing from a quarterback who had been struggling, go 7-of-11 on third down and score just 30 points has to be considered an abject failure.

No doubt about it for the Sooners: opportunities were missed. And now, the Sooners will miss the Playoff.

But with Oklahoma’s torch being put out, a new one is lit for K-State.

The Wildcats are undefeated in the Big 12 and have just one loss, a close decision dropped to Top 10-ranked Auburn. K-State must be kicking (sorry to throw salt in the wound, OU fans) itself for its own missed opportunities against the Tigers last month.

Nevertheless, here’s a scenario in which SEC mystique actually benefits another conference: An 11-1 K-State team would get credit for suffering its sole blemish against a top-tier SEC opponent.

That’s discussion not really worth having for another few weeks, though. K-State is just midway through its docket, and it’s become clear there is no immunity for anyone in the Big 12. Just ask Oklahoma, or previous unbeaten Baylor, which lost Saturday at West Virginia.

But add those three victories away from the Little Apple to today’s win in Norman, and Bill Snyder can don spiked shoulder pads, face paint and call himself the third Road Warrior.

OK, so I wouldn’t anticipate Snyder doing that—or anything deviating from his typically stoic behavior. But it’s that steady presence Snyder provides that has an unheralded K-State team staying alive in this game of Playoff Survivor.

Neither Snyder nor K-State’s style offer the kind of theatrics that make for compelling reality TV, yet the Wildcats’ sudden entry into the championship fray certainly is dramatic.

For all Snyder has accomplished in his illustrious career, the venerable head coach—the oldest in the Football Bowl Subdivision—has never been in the national picture at season’s end.

K-State’s impacted the title race, sure. And in 2012, the Wildcats were at the forefront for much of the season. What’s more, their loss at Baylor late that 2012 campaign is a testament to how quickly a team can be voted off the island, and six such elimination rounds remain.
Still, it’s fun to envision Snyder leading K-State to the inaugural College Football Playoff. Why not the Wildcats?