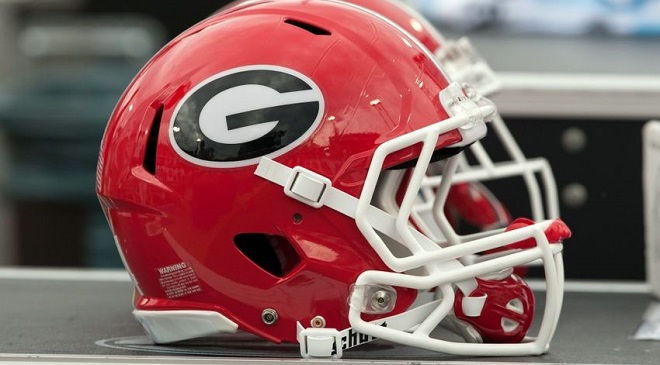 Virginia transfer Greyson Lambert has emerged from the pile as Georgia’s starting quarterback, a decision that makes it crystal clear: Mark Richt heard your cries to run the dang ball.

The competition was close but your starting QB for the @FootballUGA game vs. ULM will be Greyson Lambert! pic.twitter.com/WQlmQBUJYW

But Bobo’s willingness to air it out meant less Todd Gurley or Nick Chubb pounding away on opposing front sevens. No longer will that be an issue. Richt employed notoriously run-happy NFL coordinator Brian Schottenheimer to replace Bobo upon the latter’s departure for Colorado State.

Brian Schottenheimer promises to keep the spirit of ultra-conservative Marty Ball — thusly named for his father, Marty Schottenheimer — alive and well in Athens. He’ll pretty much have to with Greyson Lambert at quarterback, and not just to placate the RUN THE DANG BALL! crowd.

Lambert beating out Brice Ramsey and Faton Bauta says volumes about Georgia’s quarterback situation. This was Greyson Lambert’s second competition of the offseason, having already lost out to Matt Johns at Virginia.

Yes, Virginia: a team that scored into the 30s against Power Five competition just once all of 2014. That came in a late-season defeat of Miami, in which Greyson Lambert threw for 146 yards, one touchdown and one interception.

Matt Stafford or Aaron Murray, Greyson Lambert is not. He won’t be expected to match either of those Bobo-coached quarterbacks, either.

Greyson Lambert needs to be consistent enough to draw out the defender coordinators inevitably stack in the box as a counter to Chubb, Keith Marshall and Sony Michel.

Lambert must also avoid crippling turnovers, which was his Achilles’ heel at Virginia. His only game without an interception last season came against FCS Richmond.

With Georgia returning one of the nation’s best offensive lines, and ample defensive talent in coordinator Jeremey Pruitt’s second season, Greyson Lambert doesn’t need to be spectacular. In fact, the less spectacular he tries to be, the better.

You asked for it, Georgia. You got it.