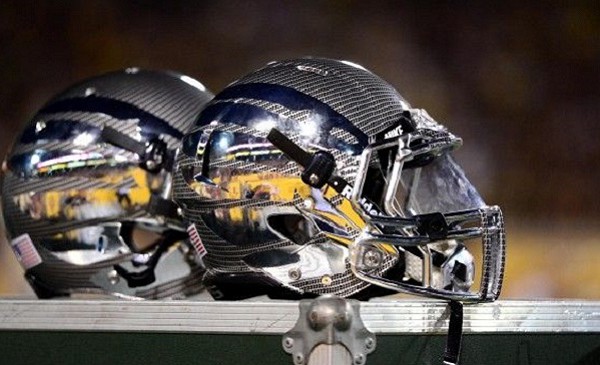 Per Jeremy Fowler of CBSSports.com, the Mid-American Conference agreed to a 10-year extension on top the three years remaining on its current contract with ESPN. ESPN has helped the MAC carve out a niche in the ever-more crowded college football landscape by broadcasting midweek games.

In 1999, relative newcomer Marshall helped boost the MAC’s national profile with a magical season, opening the campaign with a 13-10 upset of Clemson in Death Valley. Don’t let the entirely un-MACtion-like Week 1 score fool you, the ’99 Thundering Herd were among the most exciting offensive teams in college football behind quarterback Chad Pennington.

Marshall was featured on CBS News during its perfect season, which culminated with a Motor City Bowl route of BYU. The ’99 Thunder Herd, along with ’98 Tulane, helped lay the foundation for future BCS busters.

Marshall was established as the face of MAC football by 2001. Pennington was gone for the NFL, but Byron Leftwich emerged as the Herd’s new superstar quarterback.

After a Week 1 loss at Florida, Marshall stormed to a 10-game win streak and a spot in the MAC Championship Game against Toledo.

The Rockets came in underdogs. After a 23-0 first quarter, it was easy to see why.

But then Chester Taylor, another future NFL’er, led Toledo’s offense as the Rockets defense buckled down. Toledo stormed back to outscore Marshall 41-13 after the first quarter and claimed the MAC title, 41-36.

Marshall got its shot at redemption a year later when it met Toledo in the MAC Championship Game for a second straight year. Unlike most Hollywood productions, the sequel lived up to the billing of its predecessor-if not outright exceeding it.

Like the year before, Marshall jumped ahead by double digits in the first quarter, only to see Toledo come rocketing back. The Rockets outscored the Herd 45-28 from the second quarter into the late fourth.

Leftwich rewrote the script in his final drive though, leading Marshall on one of the most famous scoring drives in program history:

Group of 5 programs struggling to attract nationally ranked power conference counterparts to their stadiums can probably place some blame with the 2003 Northern Illinois Huskies.

NIU hosted Maryland to kick-off 2013. The Terps were just two seasons removed from winning the ACC and playing in the Orange Bowl, ranked No. 14 and featured more talent than that 2001 squad. The Huskies were supposed to be little more than a speed bump on Maryland’s road back to the BCS. Apparently, no one told NIU.

The Huskies shut down Maryland’s offense, holding the Terrapins to just one touchdown all night. That gave Northern Illinois the room it needed to overcome its own sluggish offensive night and force overtime. NIU scored on its first possession of the extra frame before once again denying the Terps the end zone.

The 2003 Huskies were no one-hit wonders, either. Two weeks later, they went into Bryant-Denny Stadium and stunned No. 21-ranked Alabama, 19-16.

A Season to Remember

Northern Illinois’ two high-profile victories set the stage for arguably the best all-around season in recent MAC memory. The Huskies were among three teams to finish with at least 10 wins. The other two were Bowling Green and Miami, which met in the 2003 MAC Championship.

Their showdown failed to live up to the standard of the previous two installments, as Miami wiped the floor with Bowling Green. It was an important date in MAC history nonetheless, as both came in ranked in the top 20.

Bowling Green regrouped from its defeat to beat the Big Ten’s Northwestern in the Motor City Bowl, while Miami blasted Louisville in the GMAC Bowl en route to a No. 10 final ranking in the AP Poll.

Quarterback of that Redhawks team, Ben Roethlisberger, has won two Super Bowls in the decade since.

Load The Offense With the Rocket Fuel

If one program can be credited with launching the popularity of MACtion in the social media era, it’s Toledo. In 2011, the Rockets played in two of the most ridiculous MAC contests in consecutive weeks.

On Nov. 1, the Rockets dropped a 63-60 heartbreaker to Northern Illinois, which served as the de facto MAC West championship game.

In the Southeast, losing in gut-wrenching fashion is known as Clemsoning. In the West, it’s called Cougin’ It. No one has yet coined the term, but in MAC Country, the equivalent could be deemed Bobcatting.

Frank Solich built Ohio into a perennial MAC contender since becoming the program’s head coach in 2005. However, big wins routinely eluded the Bobcats. What’s more, Ohio had a knack for losing in heartbreaking fashion.

The 2011 MAC Championship Game was shaping up as a slumpbuster. Wide receiver LaVon Brazil was having a monster game, the Bobcats were going deep into the playbook, and Ohio built a 20-0 halftime lead.

Of course, as we’ve established in prior entries, leads are not safe in MACtion. True to form, Northern Illinois came storming back. The Huskies were a completely different team on both sides of the ball after halftime, shutting Ohio out in the second half and forcing Tyler Tettleton into three interceptions.

Meanwhile, Chandler Harnish capped one of the great quarterbacking careers in MAC history with three second-half touchdowns to lead the Huskies to a 23-20 win.

Ohio got its redemption in its next two games, however. In the 2011 Famous Idaho Potato Bowl, Tettleton scored a goal-line touchdown in the waning moments to give Ohio a 24-23 win over Utah State. The Bobcats kicked off the following season with 21 unanswered points in the second half to upend Penn State, 24-14.

Dri Archer Takes You Into The Danger Zone

Kent State’s 45-43 defeat of Ball State in September 2012 was quintessential MACtion, but it was also the coming out party for one of the conference’s most electrifying playmakers.

Dri Archer, an undersized yet underrated multi-purpose back out of Florida, averaged nine yards per carry, 34.7 yards per reception and 43.5 yards per kick return to lead the Golden Flashes past the Cardinals. That week set the tone for Archer’s entire, remarkable 2012.

Archer scored 16 rushing touchdowns, four receiving touchdowns, a passing touchdown and a kick return touchdown: a feat that puts him in elite company with such names as C.J. Spiller and Reggie Bush.

For All The Oranges

Behind Archer, Cinderella Kent State met Northern Illinois in the historic 2012 MAC Championship Game-historic because, for the first time in conference history, the winner was likely headed to a BCS bowl.

Both the Golden Flashes and Huskies were on the cusp of reaching that golden No. 16 in the BCS rankings, the magic number that secured a BCS buster access to an invitation. A win over a ranked opponent would seemingly put either one of the top, and both just happened to be ranked for the conference title game.

Each side came out swinging like it had something monumental to play for. There were four ties, including a 34-34 stalemate at the end of the regulation. The lead changed five times.

And ultimately, the game’s star shone brightest. Northern Illinois quarterback emulated predecessor Chandler Harnish from the previous season’s title game, scoring three of his four touchdowns after intermission. His last came in the second overtime, giving Northern Illinois the lead it needed to punch its ticket to Miami.

Jordan Lynch is one of them. Last year, Lynch became the MAC’s first invitee to New York City since Randy Moss in 1997. Lynch also set a new standard for MAC Heisman candidates with a third-place finish.

Certainly the national exposure ESPN’s provided the MAC helped turn more eyeballs on Lynch than some of his predecessors had, like Chad Pennington 14 years prior. Perhaps in another 13 years, the legend of MACtion will grow further and the conference will take another step forward in the crowded college football landscape.