Clemsoning, The National Title and The Los Angeles Rams

Clemsoning, The National Title and The Los Angeles Rams

Don’t Change The Rose Bowl Because of Playoff Ratings 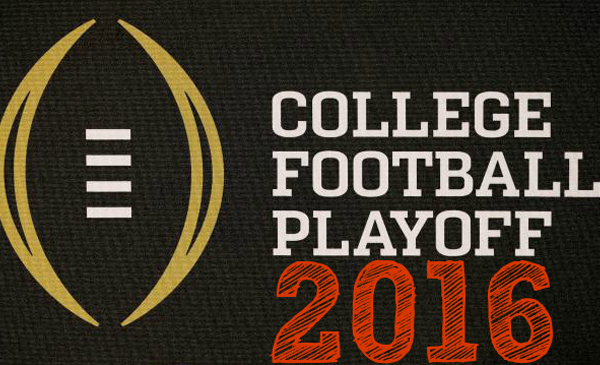 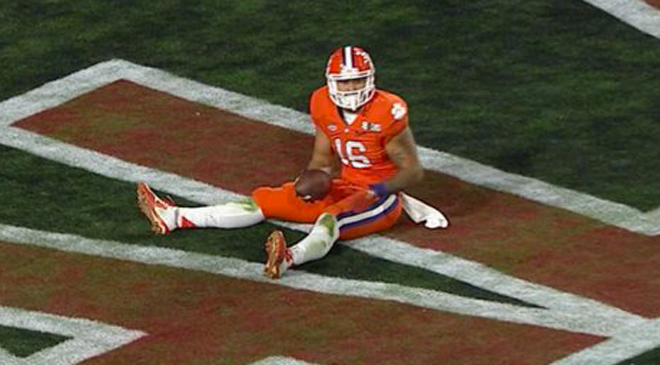 Editor’s Note: The below podcast featuring Ryan Burns of FootballSickness.com is a companion to the below column on Clemsoning. Host Josh Webb talks the Alabama-Clemson national championship with Ryan, but also dives into the St. Louis Rams’ impending return to Los Angeles. Will the Los Angeles Rams find competition from USC and UCLA, or vice versa?

Fans of sport are more than familiar with the concept of a choke artist. This idea often manifests itself in many different phrases — “Cougin’ it, Clemsoning, Sparty No!, etc.. — but the basic idea for all of them remains the same. A series of self-inflicted errors or events ends up being the undoing of a team expected to have a better performance than they did. Every sport has these teams, every opposing fan base knows who they are. It’s a tale as old as sport.

Perhaps more tricky than the art of coming up with clever catch phrases for these impressive choke jobs is the act of applying them in a proper context. I was guilty of using improper context Monday night, claiming that the Clemson second half was, in fact, Clemsoning.

As the term has an actual definition laid forth by the fine gentlemen of Solid Verbal, my use of it was a violation of that definition and therefore incorrect.

By definition, Clemsoning can’t happen in a big game. https://t.co/n5CauwvjcX

With that said, the heart of what Clemsoning has come to mean isn’t that much different from the other lovable loser labels applied to other teams. Per Solid Verbal, what happened in the national championship cannot be Clemsoning by definition, but it has all the hallmarks of the act.

If the primary component of a Clemsoning involves “delivering an inexplicably disappointing performance,” then much of what we saw Monday night would qualify.

Talk of one team choking seems to also be a counterweight against praising another team’s play. If one team has choked, the common belief is that the other team may not have deserved the result. While it’s understandable that people would feel this way, it has no basis in reality. Alabama more than deserved what it took Monday. Good teams punish opponents that get in their own way and Alabama is no stranger to making a team pay for their mistakes.

If we’re keeping it real, it’s probably more of a compliment to Alabama that they made Clemson pay for nearly every, single mistake that they made. Even though quarterback Jacob Coker hadn’t had a strong game, he stepped up at the moment the Tide needed him most and delivered. Running back Derrick Henry carried the load with the Tide special teams until that moment, but the hallmark of Nick Saban teams is their ability to pick each other up in all three phases of the game.

The Tide did that Monday night and they did so impressively. They deserve any and all praise they get for this campaign. Champions find a way to win and the Tide hung with it until the very end, staving off several late comebacks by the Tigers and showing the kind of determination you expect from a Saban team playing for a title. Clemson more than contributed to their own demise, but that does not lessen anything the Tide did. At least not in my eyes.

Prior to Monday, Clemson had been the No. 1 team in the country since the initial College Football Playoff rankings came out. In other words, enough smart people felt that Clemson was a more complete team than Alabama in all three phases and that the deserved to be ranked ahead of the Tide for the entire back half of the season. Vegas may have had Alabama as the favorite, but the sport had Clemson listed as the better team.

Having established that the Tigers were the No. 1 team in the nation, it is important to look at what got them there in the first place. While the Tigers had been susceptible to the big play over the top — they’d given up 41 20+ yard completions entering the Final — Clemson was No. 17 in the nation in passing defense. They’d also given up 22 carries of 20+ yards.

Clemson ended up surrendering a 50-yard touchdown run to Henry and gave up seven passing plays of 20+ yards. In fact, the Tigers gave up four passing plays of 35+ yards, two of those ended up going for touchdowns. The Tide scored 21 on plays of 50+ yards. That’s pretty significant in a title game — especially when Clemson had no such plays.

Then there is the matter of Alabama tight end O.J. Howard, who had 208 receiving yards and two touchdowns in the win. Howard hadn’t scored a single touchdown on the year and his 208 receiving yards represents 53% of his 394-yard season total before Monday’s game. Clemson never adjusted to Howard and he burned the Tigers time and again.

It isn’t fair to talk about the Clemson pass defense without mentioning the injury to Mackensie Alexander, who had to leave the game in the second quarter. Even without Alexander, the Clemson defense had enough experience to avoid some of their errors and Twitter was littered with comments from very qualified coaches and analysts noting that even the Tigers look lost and confused on defense.

It might not be Clemsoning, but it’s hard to sell the idea that this was the best effort the No. 1 Tigers could have given in a title game. Comments made their way around social media regarding Clemson having earned respect for their performance, but they were the No. 1 team in the nation for half the season, respect was not the prize they coveted and it does a disservice to what the Tigers have done all year to chalk this up as simply being beaten by ‘Bama.

Officiating errors will no doubt leave a lasting legacy on this game. It’s hard to fathom that the officials in such an important game could get two key decisions that wrong. Clemson head coach Dabo Swinney has every right to be furious with the egregious clock-keeping error at the end of the first half.

He probably had even more right to be furious with the second error the officials made in charging him with a timeout he had to burn bringing their error to attention.

How that Tiger drive would have ended is up for debate, but there can be no denying that error was a momentum-killing mistake. While there is no way to prove the exact impact that moment had on the game, you can be certain Clemson fans will bring it up as often as USC fans mention Vince Young’s knee being down. It’s a silly argument because you can never prove anything one way or the next, but it makes for great controversy.

That all brings us full circle to the idea that Clemson contributed to their own demise in a game they, the No. 1 team in the nation, had multiple chances to win but for disappointing performances in special teams and the secondary. It doesn’t count as Clemsoning, but it’s a loss that is going to feel a lot like Clemsoning to its fans.

This Clemson team will be back and they will learn from this. That is what quality teams do and Clemson is absolutely a quality team. There will be those who disagree and chalk this up to spitting fire, but I do not feel like I’m saying anything untrue when I say that Clemson could have and probably should have won. The Tigers were playing that well, until they stopped playing that well.

It might not be Clemsoning, but it was certainly something adjacent. Alabama is no doubt dynastic, but Clemson had the chance to do something special Monday night. For all the effort they did give on that field — make no mistake, the Tigers played their asses off — there are going to be many moments in that game permanently seared into the brains of those who missed their assignment. Some of them may even have a regret or two, these are once-in-a-lifetime moments and these players are human, after all.

It’s a brutal pill to swallow, but it is part of the fabric of sports. It’s part of the fabric of life. Those who demand the most of themselves cannot help but relive some of those moments over and over again, endlessly working to make sure something like that never happens again. It becomes the fuel that creates greatness for some, so it shouldn’t be thought of as entirely negative. Even Bruce Wayne had to fall to learn to get back up.

It was a golden opportunity, one one the Tigers let slip away, but also the reason they will succeed the next time they are there.