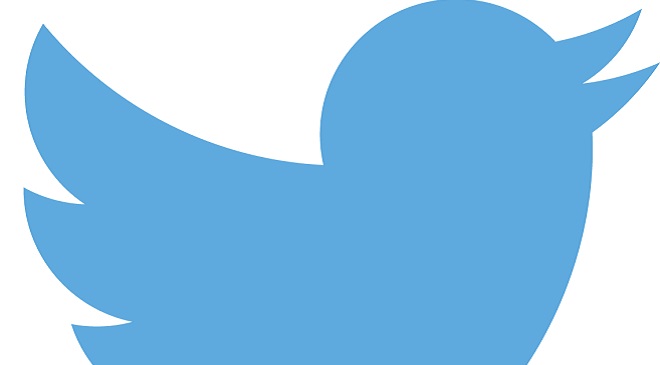 Three simple words that every writer in this industry will hear at least once in their life. The instructions are as simple as the people issuing them: You’re free to use your own Twitter account for anything, so long as it involved sports.

Having an opinion is totally acceptable, but it has to be an opinion on the Heisman finalists. At a base level, your Twitter feed is only there to serve their needs.

For the uninitiated, the phrase “stick to sports” is usually used when a sports journalist or blogger opines on a current event or some controversial topic in the sports arena.

A example of a controversial topic would be the Jameis Winston sexual assault allegation, Mizzou football’s strike over racial discrimination, or any of the far-too-common instances of domestic violence involving players and their girlfriends.

A good litmus test for whether or not a topic is controversial is to ask yourself “did this take place on the field?” If it did, then you’re okay to talk about it. If it didn’t, then you’re likely to be entering dangerous waters.

Even if it did happen on the field, there is still a chance that you’re entering into “stick to sports” territory. Concussions and player safety are examples of this dynamic in action.

It’s a fairly basic concept to understand, but an extremely difficult concept to wrap your head around. So much of sporting history has been a backdrop to society’s biggest changes. Jackie Robinson breaking the color barrier, the Yankees playing for it all right after the Sept. 11 terrorist attacks, or even something like Manon Rhéaume becoming the first woman to ever play for a North American professional sports team.

Each one of these things was as much about sport as it was about changing the narrative in society. These moments rely on an interplay of sports and politics to have their impact and removing one or the other does a disservice to their legacy.

Sports are a microcosm of society and the two have a long, storied relationship. In a purely historical sense, sticking to sports required writers to have a fundamental understanding of the world around them and how it helped to shape their profession.

Nowadays this happens on Longform Tuesday. It used to be a common practice, though. Much of its demise can be attributed to the McDonaldization of society, a term coined by George Ritzer to describe the way society has shifted to a drive-thru model of efficiency.

Apple Pay, Amazon, and Netflix are examples of society’s need to have things done quickly and efficiently, leaving no time for lengthy articles about the politics of sports and life.

It’s worth mentioning that there are several aspects of the stick to sports “argument” that do have some merit. There are times when “stick to sports” is more advice than anything.

There is no getting around the fact that some people just sound dumb when they talk about weighty subjects. Clay Travis’ frequent strolls down Black Twitter Main St. or Jason Whitlock talking about…well, anything, are some more notable examples.

There are bountiful examples on either gentleman’s timeline where sticking to sports would have been better than what they actually had to say.

Likewise, it’s not hard to understand why a conservative-minded individual might want to follow a liberal-minded sports writer for their thoughts on the Lakers, but not Black Lives Matter.

It may not even be a case of disagreeing with the individual so much as they’ve let a current event dominate and alter the expected relationship between the follower and the followed.

They don’t want to unfollow, so the best advice they can come up with is “stick to sports.”

I’m clueless? Because I disagree with YOUR opinion I should “stick to sports”?? Gotcha bud!! https://t.co/U7dvDgiCqR

It’s not an award-winning argument, but it’s a human one that people ought to be to related to if they think about it long enough — we all have those people we don’t talk to about anything else other than one specific thing.

The human element of that argument is often something that journalists forget when they fire back at those telling them to stick to sports. That’s not to suggest they should be less critical of those people, but it’s healthy to add some context to the heart of their war cry, as not every person using it is doing so for the same reason.

It doesn’t hurt to understand that many of these people want to continue to follow them for one thing, just not all the other stuff. The heart of their argument is coming from a reasonable place.

In so many ways, it’s like following someone you dislike because the profession requires you to do so. They’re necessary for their critical information in your area of choice, but they might frequently talk about something you can’t stand. Soccer is a fun one, as people frequently tell me that I can stick to any sport dominated by the North American landscape, but the soccer talk is boring. Even when you stick to sports, it’s not the right sport.

Perhaps the real problem with stick to sports isn’t the individual expressing their opinion, but rather the relationship expectations of the individual doing the following.

In other words, maybe the problem isn’t the person sharing, but the expectations of the person who clicked the follow button without doing a little research on the person they followed.

It seems odd to blame the person for having an opinion rather than accepting ownership of the fact that they chose to follow you.

Following someone for their expertise in a particular field comes with it an inherent expectation that those people will stick to that particular subject matter. It’s not an entirely unreasonable assumption, but it is very flawed.

Some people compartmentalize better than other people, they don’t have a problem keeping their timelines limited to sporting matters. Other people view their timelines as an extension of their personality, of which sports is only a minor component.

So much of who and what we are exists out of sports. I’m a nerd of the highest order. I tattooed my entire left arm with Marvel characters doing battle in space. I also have more video game systems than an adult ought to own. I love collecting movies and comics. It’s not hard to get me talking about any of those things and they happen to be front and center of American culture at the moment.

Many of us are fathers, mothers, artists, technical experts, film buffs, or food aficionados. There is no one thing that takes up all of our time.

On the flip side of that, you can be sure those instructing others to stick to sports have timelines filled with their latest thoughts on the presidential administration, local government, or whatever other first world plague has infected their live.

How amazing would it have been if Time Warner or DirecTV responded to every complaint they’ve received from Pac-12/Dodger fans with “stick to other sports?”

The intersection of politics and sports is everywhere. It’s in the tweets on NFL teams relocated to Los Angeles. They can be found in the articles written on domestic violence and rape culture on campus. Just about the entire process of FIFA’s upheaval was political and nobody seemed to mind the two getting together for coffee then.

These events are happening everywhere and it’s only a matter of time before “glad it’s not my school” is no longer applicable.

Eventually someone has to talk about it.

Do I expect anything to change? No, who could? Bossing people around on the internet is a profession as ingrained in our DNA like hunting.

As journalists, we could stand to give these people less attention on our own timeline. Much of this problem is ours to bear. Perhaps blocking them right away or just not responding rather than retweeting with snarky comments would help eliminate some of it. Let’s be real, the media does a fine job of complaining about problems they create. This might be one of those times where we could all stand to do a little more.

If you happen to be on the other side of the coin, perhaps you could ask a few questions about the person you’re following before instructing them on how to speak. It never hurts to research the people you follow before you follow them.

It’s impossible to go through the hundreds of thousands of tweets some journalists have put out, but that’s not really required for a general understanding. It’s a relatively easy thing to do and it ensures everyone is less annoyed!

If all else fails and you still feel like telling them to stick to sports, stick your finger on the unfollow button instead.