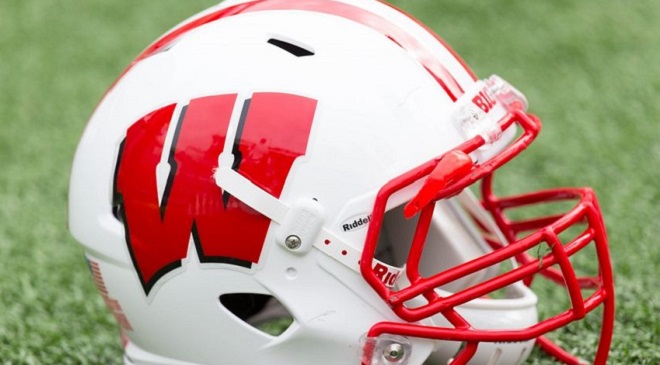 Exasperated doesn’t quite describe Wisconsin linebacker Jack Cichy’s reaction to the three sacks on three consecutive plays he accrued in the Badgers’ 23-21 defeat of USC at last month’s Holiday Bowl.

“Honestly, this year was my second sack even through high school,” a smiling Cichy said on the field of Qualcomm Stadium. “It was awesome. That’s the only way I can explain, I’ll be honest with you. Freakin’ awesome.”

Cichy’s flourishing finish serves as a nice preview of what to expect from Wisconsin football in 2016. The Badgers reload after a 10-win season with a final ranking of No. 21, and should compete with the heavyweights of the Big Ten.

“What we do with this going forward, that’s for next year’s team to work on and to make reality,” head coach Paul Chryst said. “But I told the kids going into this, this game was going to be about finishing this season.”

If the finish translates into the following season, Wisconsin will thrive — and do so in a way uniquely Wisconsin.

While Michigan and Ohio State jockey for Big Ten and national supremacy through very public recruiting battles, Wisconsin consistently mines hidden gems. The program’s consistency in doing so makes it an outlier among the nation’s and even league’s best.

Even Michigan State, a program with a similar workmanlike aura as Wisconsin football, is steadily growing into a recruiting power.

The way in which Wisconsin capped 2015 suggests the Badgers will be in the hunt for the same prizes as Michigan, Michigan State and Ohio State in 2016. That the sneak peak came from Cichy is thus all the more fitting.

He takes up the mantle from teammate Joe Schobert as Wisconsin football’s resident walk-on-turned-star.

“That’s just standard Wisconsin,” said Schobert, a 2015 All-America headed for selection in this spring’s NFL draft. “We always have walk-ons who come up through the ranks and contribute in big ways, going back for a long time.

“You see a guy like Jack. Jack’s got two more years,” Schobert added. “You just get a glimpse of what he’s capable of doing.”

To say there’s no limit on just how high a Wisconsin walk-on’s star can rise is demonstrable fact. The most famous product of the Badgers’ unofficial walk-on training program is J.J. Watt, the former two-star recruit who’s now the NFL’s most celebrated defensive player.

Before Watt was terrorizing backfields on Sundays, he made life miserable for Big Ten quarterbacks — and even he didn’t make three sacks on three consecutive snaps of a series as Cichy had.

Schobert’s on his own ascension to stardom, exiting Wisconsin football as an All-American and the Big Ten’s top linebacker in 2015. Schobert see similar qualities and potential in Cichy.

“He reminds me a lot of myself when I was coming in: similar size, similar attitude,” Schobert said. “He’s going to be a great player in the future.”

Perhaps because Cichy wasn’t a sack-generating machine at Hill Murray School in Saint Paul, Minnesota, explains his status as a recruit. 247Sports had no rating for him, and his scholarship offers were nonexistent.

But whether the head coach was Barry Alvarez, Bret Bielema, Gary Andersen or now Chryst, Wisconsin’s brand of football has been a perfect fit for such players.

“Coach Chryst is going to bring back the hard-working mentality. Just grind through practice for three-plus hours,” Schobert said. “All the young guys kinda showed that, and the future’s bright.”

The bright future isn’t too far off, and it starts next season with the linebacker corps. That group features a ballyhooed star in Vince Biegel, who eschewed the NFL draft for one more year, and the customary unknown star in Cichy.

Not every returning standout to Wisconsin’s 2016 starter is an overachieving walk-on. Most aren’t, and no team could win with the consistency of Wisconsin football without some blue chips in the mix, like Biegel or running back Corey Clement.

Coming out of Glassboro, New Jersey, Clement was a 4-star prospect with his pick of suitors. He represented the polar opposite end of the recruiting spectrum from Cichy.

However, as is evident in Clement’s sentiment expressed after the Holiday Bowl, the Badgers unify and revel in their collective underdog status.

“We play these top-notch teams, and we’re never going to back down,” Clement said. “We came on this trip with the attitude of, ‘We are not going to lose this game.'”

“You kind of want to have that chip on your shoulder when you’re coming from Wisconsin,” he said. “USC’s a great team, but we’re tough, dependable players.”

Tough and dependable might be the two most adequate adjectives for describing any Badger team on any given season.

Wisconsin football never ranks among the nation’s best recruiting classes on national signing day. The Badgers’ last five signing classes ranked No. 40, 33, 38, 65 and 39 per 247Sports’ composite metrics. UW’s 2016 class checks in at No. 31.

Wisconsin’s as consistent as any program with regular appearances in the recruiting top 10, and oftentimes outshine such competition. Five Top 25 in the last six seasons outpace such notable teams as Auburn, which Wisconsin beat in the 2015 Outback Bowl.

December’s Holiday Bowl win over perennial recruiting powerhouse USC is another such example.

As fate would have it, Wisconsin opens a 2016 season sure to be rife with expectations against LSU, currently ranked No. 1 by 247Sports in the ongoing recruiting season. The Tigers take a rare visit from SEC Country north to Big Ten territory for a much-anticipated date in Lambeau Field.

Coincidentally, should LSU retain its place atop this year’s recruiting heap, Wisconsin will see teams with No. 1-ranked classes in back-to-back games. USC topped Rivals.com’s final signing class ranking for 2015.

Players like Schwarber lavished praise on Aranda’s play-calling after the Holiday Bowl. In his place at Wisconsin is Justin Wilcox, who spent the last two seasons, coincidentally, at USC, but did not coach the bowl game.

Wildly successful in tenures at Boise State and Washington, Wilcox was a favorite target of criticism in his brief run at USC. He was fired after the Trojans’ Pac-12 Championship Game loss to Stanford.

He’ll have much to prove upon his arrival in Madison, which makes Wilcox a natural fit for the Wisconsin football mentality. As the Badgers have proven repeatedly, where one is rated coming in doesn’t matter. Where he finishes does.