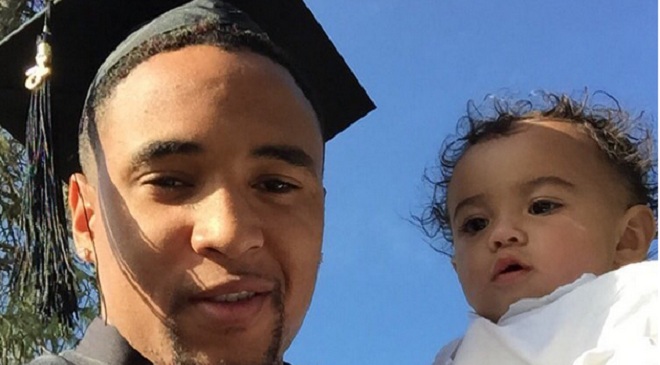 Six months. That’s the duration between former Eastern Washington quarterback Vernon Adams announcing his intention to transfer to Oregon, and his clearing the final hurdle to actually do so.

After an arduous process that precluded him from using Eastern Washington facilities in the spring, or working out with Oregon players in the summer, Vernon Adams completed the final course necessary for his graduation from EWU.

He’s now clear to begin practicing with the Ducks, and hopes to do so Friday, The Oregonian‘s Tyson Alger reports.

The proximity with which forms of media both traditional and social followed Adams taking his final exam Thursday borrowed on humorous and uncomfortable.

Vernon Adams finishing his coursework to gain eligibility at Oregon was followed so closely, in part, because an absurd amount of weight has been put on him captaining the Oregon offense.

I read more than one national columnist flat-out say the Ducks’ season hinge on Adams’ availability. It’s a bit presumption about Adams’ fit with less than a month until the opener, and a lot insulting to Jeff Lockie.

Such an attitude also fails to take into consideration that Oregon’s managed just fine since implementing its current offensive philosophy: Dennis Dixon to Jeremiah Masoli to Darron Thomas to Bryan Bennett to Marcus Mariota.

If Oregon fails to repeat as Pac-12 champions, it won’t be because of quarterback play, regardless who starts.

A judge’s stay of tight end Bryce Dixon’s expulsion from the University of Southern California resulted in Dixon’s reinstatement to the university Thursday.

However, he won’t be rejoining the Trojan football team. The university issued a statement that, at least for now, shuts the door on his promising USC career.

“Where there is a disciplinary finding this serious in nature, the university prohibits students from representing the university, including as a member of its athletic teams. So while we will comply with the judge’s order staying the expulsion, Mr. Dixon will not be reinstated as a student-athlete.”

Star Auburn wide receiver Duke Williams’ absence from the Tiger lineup did not spill over into the season opener against Louisville.

As of Thursday, Chris Low reports that Williams is at the bottom of the Auburn depth chart. Gus Malzahn said:

“We’ve got guys who have been to practice that we feel very good about, and he’s in the process of playing catch-up. He’s at the bottom of the depth chart, and he’s going to have to earn his way back up. He understands that.”

How cosmetic Malzahn dropping Williams to the bottom of the depth chart turns out to be should be plainly evident for the Tigers’ first snap on Sept. 5.

Either way, I feel good about adding Auburn quarterback Jeremy Johnson to the preseason Heisman Top 10.

SIGHTS AND SOUNDS FROM FALL CAMPS

Here’s a first in college football: Fresno State will introduce its own blimp at Bulldog home games in 2015. The vessel is named the Bulldog 1, and will make its maiden voyage Sept. 5 when Fresno State hosts Abilene Christian.

Early look at the new #FresnoState blimp without the "balloon" portion attached. pic.twitter.com/IYU6L1Z1uU

UCLA is braving temperatures north of 100 degrees in San Bernardino of its camp, which continued on Thursday.

The idea of wearing all black probably isn’t too appealing for the Bruins under the heat of the Inland Empire’s sweltering sun. However, the L.A. City alternate will be embraced come fall.

Notre Dame’s reveal overshadowed Boston College’s for the meeting this November in Fenway Park. Whereas Under Armour took apparent inspiration from the Fighting Irish basketball team for Notre Dame’s uniform, the outfitter looked to Boston College football’s past to design the Eagles’ garb.

It’s certainly beginning to feel a lot like college football season, from UCLA on the West Coast; up to the Northeast at Boston College; and down in the South, at programs like Charleston Southern.