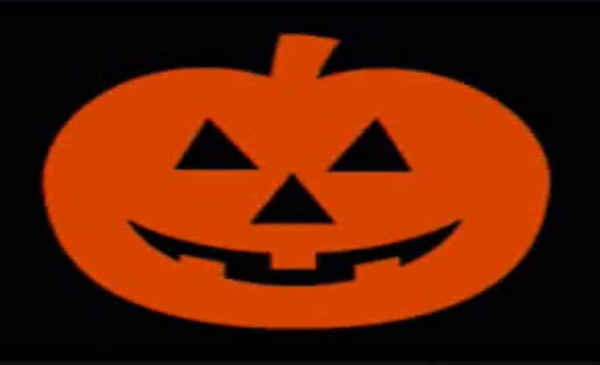 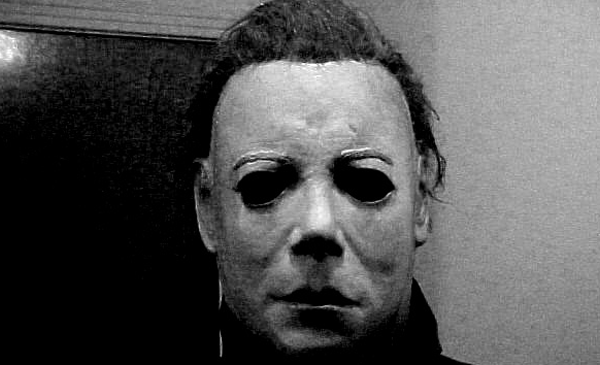 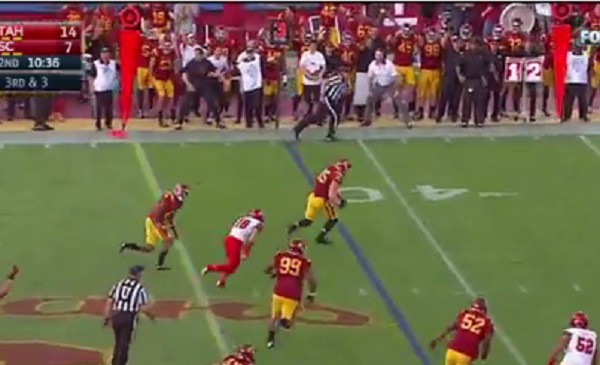 Indeed, Smith’s first pick turned a Utah drive that could have put the Utes up two scores into a red-zone possession on which USC tied it.

The second went to the house for a touchdown and built a two-touchdown Trojan lead before halftime.

The Football Writers Association of America recognized Smith as the national defensive player of the week.

And, in the course of one night, Smith altered the complexion of not only a game, but a conference championship race.

So how did the first-year Trojan make it happen?

Down on the Los Angeles Memorial Coliseum turf Saturday night, Cam Smith was asked that very question. He was quick to credit Utah’s Travis Wilson as “a great quarterback,” adding, “I got lucky.”

How much luck factored in is debatable. Wilson did indeed try to thread a quick pass into a tight window on the first interception, but Smith sees the attempt coming before the ball ever leaves the quarterback’s hand and quickly jumps the route.

USC 14, Utah 14. The Trojans tie things up courtesy of this clutch interception by freshman Cam Smith (LIVE on FOX): https://t.co/Aq39iILswi

“We had a player stay in and block who should’ve been in the route and that’s who should’ve occupied 35,” Utah head coach Kyle Whittingham said of Smith’s first pick.

Without a blocker occupying him, Smith said he was able to “read [Wilson’s] eyes.”

That’s noteworthy, as everything from Smith’s reading of the quarterback, to his aggressiveness going after the ball and field presence show marked improvement from just a few weeks ago.

Former head coach Steve Sarkisian tabbed Smith for the No. 35, reignited a dormant USC tradition of especially tenacious linebackers donning that number. As USC’s leading tackler, Smith’s honored the legacy of the No. 35.

But if there was an obvious criticism to be made of his play through the season’s first half, it was Smith’s pass coverage. The three interceptions brought out the playmaker teammates saw in practice — including Kessler.

The USC quarterback said “no one intercepts me more” in workouts than Smith, and practice finally paid off against Utah. His third, which snuffed any hope of a Ute comeback, came on an athletic play in which Smith batted the ball into the air and got to it before it came down.

The second, Smith’s pick-six, is the closest qualifying as luck in that Wilson forces a pass directly into the linebacker’s neighborhood.

“It was fourth and 2 and we probably have a 75-to-80 percent chance of converting that,” Whittingham said of the decision to attack aggressively before intermission. “That would have been huge to convert and get some momentum going into halftime. That was a big play.”

It ended being a big play for USC, and for Smith individually. The freshman had a chance to snag a pick-six Week 1 against Arkansas State, but dropped a surefire touchdown ball just a few yards out from the end zone.

Immediately after that game, linebacker Su’a Cravens told me Smith would get a ribbing about the dropped pick-six in the practices to follow.

For the roots of Smith’s three-interception night, look to his teammates.

“We’ve been clowning Cam about his hands for the whole season,” safety Chris Hawkins said. “In practice and in the spring, he had the best hands on the team. Before this game, he couldn’t catch anything.

“So we’ve been clowning him. A little motivation for him,” Hawkins added.