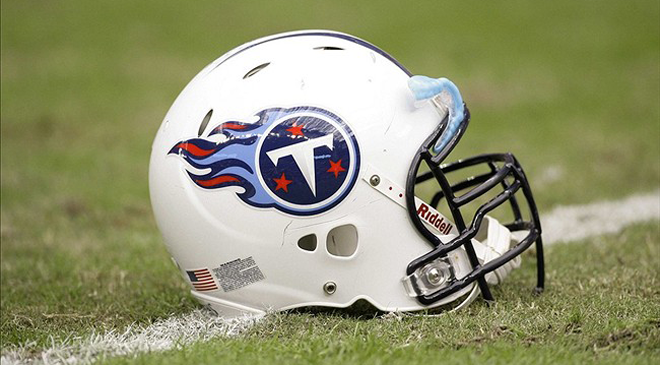 Sometimes, the NFL can be a real downer for a college football die-hard such as myself. Today’s Tennessee Titans press conference introducing retread Mike Mularkey as its new head coach was the NFL going into full buzzkill mode.

The Titans drafting 2014 Heisman Trophy winner Marcus Mariota piqued my interest, and Mariota’s stellar debut gave me hope that perhaps Tennessee was ready to become one of those rare professional franchises willing to stray from the script in order to maximize their personnel’s potential.

Yeah, that was delusional with Ken Whisenhunt at the controls, and Mularkey returning for Mariota’s second season is another example of an NFL franchise unable to break old habits.

Mularkey is being retained after a 2-7 stint as interim head coach in 2015, a decision that reflective of the disarray in which the Tennessee Titans ownership and front office are embroiled. Meanwhile, Mularkey’s first move as full-time successor to Whisenhunt was introducing Terry Robiskie as the team’s new offensive coordinator. The 2016 season will be Robiskie’s 35th coaching in the pro ranks.

That doesn’t exactly scream willingness to adapt. Such is the plight for a college fan tracking Saturday greats on Sundays, particularly quarterbacks.

Quarterback is one of two positions for which collegiate supporters should expect disappointment when following a player’s move to the NFL, the other being running back, albeit for much different reasons.

College football has never had a broader variety of exciting quarterbacks than it does now, yet draft season means you can expect four months of anonymous GMs and scouts kvetching that this generation of player is no good. It’s the tired, anti-Millennial rhetoric redressed and played out in a different venue, though in the NFL, it’s a struggle against college football dating back for as long as I’ve been aware.

1993 Heisman winner Charlie Ward is the first college quarterback I remember being truly in awe watching. Florida State games were appointment viewing for me during Ward’s final campaign, as his electric combination of passing and rushing ability was so different from anything else in the game at the time.

Ward was the best quarterback in the country, and didn’t even get a sniff at the NFL. He had a 13-year NBA career, but I remained convinced two decades later that given the chance, he could have thawed NFL attitudes on dual-threat quarterbacks much earlier.

Ward not being drafted is about control and options.

The League’s collectively eased on two-way playmakers somewhat since Ward became a Knick instead of a Jet, but coaching staff moves and draft decisions suggest that shift in mindset is oh-so-gradual. For example, I cannot fathom a world in which Jake Coker, now touted as a fast-rising draft prospect, is a better quarterback than Trevone Boykin. But here we are.

Likewise, personalities in the NFL media like Pete Prisco who avoid college football in autumn become experts on these players in winter and spring. Prisco was among the leading voices deriding Mariota prior to the Tennessee Titans selecting him No. 2 overall last May, and rest assured, the Titans management making regressive coaching decisions will fall on Mariota’s shoulders for those of Prisco’s ilk.

Now, not everyone is as doom-and-gloom about Mariota’s immediate. Mariota himself touts Mularkey on the Titans’ own website. I would ask what the hell else do you expect him to say, but having interviewed him in his time at Oregon, I also genuinely believe Mariota would bring as much energy playing for a team coached by a scarecrow as he would suiting up for Vince Lombardi.

Nevertheless, the Tennessee Titans aren’t putting their franchise quarterback in position to win, and that’s an all-too-common tactic in the NFL. Coaches like Mularkey are safe options, entrenched in the professional fraternity. Reaching to an outsider like Chip Kelly is immediately dismissed and more heavily scrutinized until their failure becomes self-fulfilling prophecy.

I don’t believe it’s coincide that two of the more successful stints for unorthodox quarterbacks came under coaches who spent significant time in college. Pete Carroll saw the potential in Russell Wilson and has put him in position to be this generation’s Fran Tarkenton. Jim Harbaugh and his staff reached a Super Bowl with Colin Kaepernick behind center; Kaepernick regressed dramatically when 49ers brass turned the brass over to Jim Tomsula, an NFL Europe and NFL veteran of the previous two decades.

I can’t fully articulate the frustration of watching exciting quarterback play on Saturdays, only to hear a narrative of how bad today’s quarterbacks are after Sunday. But as the Tennessee Titans lean on rehashed leadership and expect one of the most exciting college players I’ve ever seen thrive, I’m reminded of Seymour Skinner.