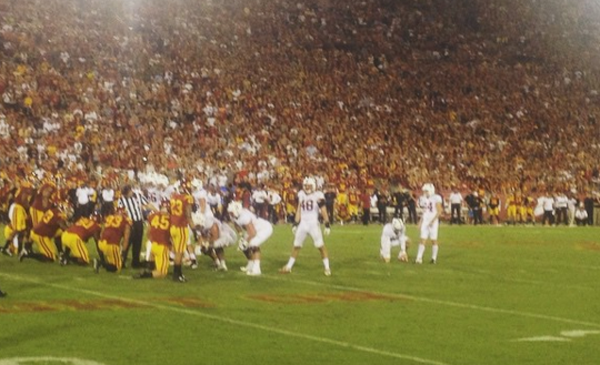 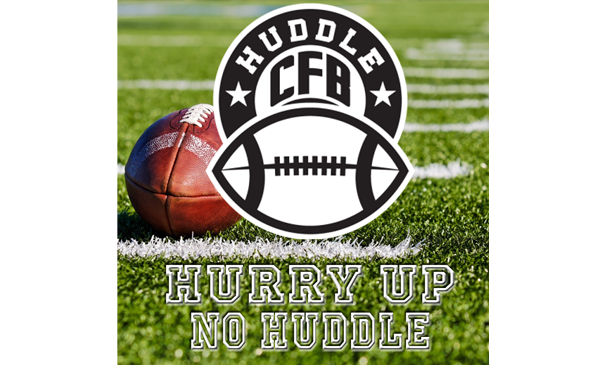 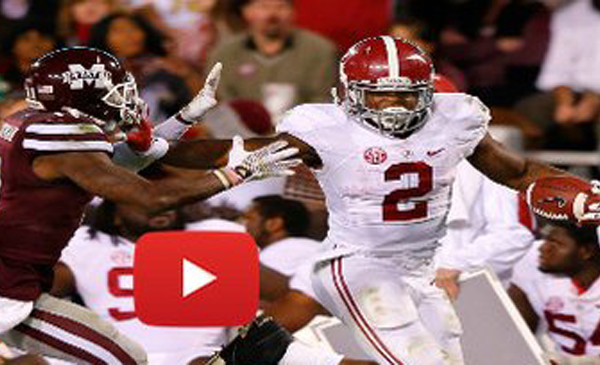 All of one game into his college career, and just a year removed from the beginning of his senior season at St. John Bosco, UCLA quarterback Josh Rosen is pulling in a major honor.

Pac-12 Player of the Year is Rosen’s second noteworthy honor, coming off a debut against Virginia in which he went 28-for-35 for 351 yards with three touchdowns. On Sunday, he was named the Walter Camp National Player of the Week.

It’s fair to say people are excited about the UCLA true freshman.

In one game, Josh Rosen is eliciting comparisons to Jameis Winston and Tim Tebow in their debuts.

Both were Heisman Trophy winners. Tebow was the first sophomore to do so, and Winston just the second redshirt freshman.

With Winston and Johnny Manziel going back-to-back as redshirt freshmen winners in 2012 and 2013, the natural order of progression said eventually, a true freshman would win it.

Some pundits are already pouncing on that notion with Josh Rosen. Fox Sports’ Stewart Mandel actually ranks him No. 1 in his Heisman rankings.

The CFB Huddle Heisman Top 10, which accounts for hype, will be published after tonight’s Ohio State-Virginia Tech game. This sky-high praise for Rosen can’t be ignored, but I would be remiss if I didn’t point out Kenny Hill’s 2014 debut.

In his first start, Kenny Hill has thrown for more yards (483) than Johnny Manziel did in any game.

Other names like Tate Forcier come to mind when stopping for a moment and letting the hype of one game get too carried away.

Still, Josh Rosen had the whole nation eagerly anticipating his debut, and he delivered. Head coach Jim Mora said in his postgame press conference, via UCLABruins.com, that he “did not see a deer in the headlights look with [Rosen] at all.”

Playing with one of the most veteran lineups in the nation can’t hurt Rosen’s development. To wit, the freshman was much better against this Virginia team than predecessor Brett Hundley a season ago, but Rosen also played behind a much better offensive line.

UCLA’s front five endured some well-publicized struggles through the first half of 2014.

But Mora did extend credit to the line’s improved play Saturday vs. one year ago to Josh Rosen’s pocket presence, a quality that was a primary lament of Hundley.

“For a young guy, Josh has pretty good pocket presence. He generally stays between the tackles,” he said. “When you’re an offensive lineman and you understand where the quarterback is going to be, it helps you a little bit.”