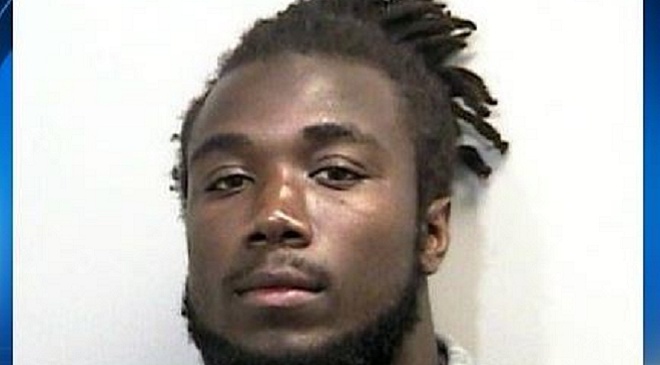 Florida State running back Dalvin Cook turned himself in on battery charges Friday, shortly after a warrant was issued for his arrest for allegedly hitting a woman late last month. Dalvin Cook is the second Seminole involved in a domestic violence case this summer.

On the same day of Cook’s arrest, the NFL reduced the suspension of Dallas Cowboys defensive end Greg Hardy from 10 games to just four. Among the details from when Hardy was arrested last offseason for domestic violence was that he threw his girlfriend onto a pile of guns. Hardy later turned in a veritable arsenal of guns to police.

Florida State head coach Jimbo Fisher’s response to Dalvin Cook’s arrest was certainly much more sensitive than the NFL’s tone-deaf reduction of the Hardy suspension. The key phrase — “we will do better” — applies across the board.

We can all do better, as the past few weeks proved. Put simply, this week sucked.

Greg Hardy and Dalvin Cook may have been the central figures in the two most covered incidents — Hardy because the NFL dominates the news cycle, don’t you know?, and Cook because of the hypersensitivity to Florida State ever since the Jameis Winston rape allegation.

However, the past few days were also marred with the dismissal of Utah cornerback Dominique Hatfield, arrested on allegations of aggravated robbery. Central Michigan defensive back Brandon Greer was also booted from his team, the result of a kidnapping charge.

Defensive fans go through phases of denial to player arrests. One step is bemoaning that other programs have disciplinary issues, or actively recruited players later arrested elsewhere. And indeed, there’s a kernel of truth there that, with every negative headline, could understandably make someone question their enjoyment of the sport.

Arrests from Utah to Central Michigan to Florida State in the course of a week, the pros taking a spineless stance despite PR spin to the contrary, and reports of the caretakers meant to help athletes develop abusing their positions — as CNN’s investigation of Illinois brought up — makes it all seem so futile.

But then, something else in Jimbo Fisher’s statement resonates with me:

The majority of our players are exemplary, but clearly we must place an even stronger emphasis on this, and I personally promise we will.

Fisher’s critics — and he has plenty of them — might latch onto his mentioning of Florida State’s “majority” as dismissive of the glaring problems in instances like De’Andre Johnson and Dalvin Cook’s arrests. All programs, Florida State included, have an obligation to both encourage and enforce proper personal conduct.

Charlie Strong’s “Five Core Values” concept at Texas is a great example of a coach taking measures to meet that obligation.

Although the headlines are dominated by stories like Greg Hardy’s and Dalvin Cook’s, Fisher is correct: the majority of football players do live up to high standards.

It doesn’t excuse the misbehavior of the headline-grabbers, nor should it preclude us all from making strides to be better. But it does help me reconcile my enjoyment of the game. In the same week that all these disheartening stories were at the forefront, former USC linebacker Hayes Pullard tweeted this:

Email your comments, questions or inquiries to [email protected].com