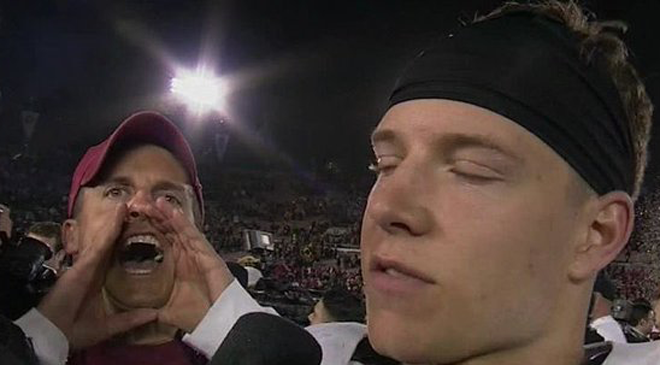 The Heisman front-runner for much of the 2015 season fell out of the race in November, but in December, he reminded America why he garnered so much attention previously. He’ll emerge in the 2016 Heisman conversation as one of three early leaders.

Leonard Fournette demolished Texas Tech in the Texas Bowl with a season-high five touchdowns — four rushing, one receiving — and a remarkable 256 yards from scrimmage. He closed out 2015 leading the nation in rushing with 162.8 yards per game. Had LSU’s Week 1 tilt against FCS McNeese State not been cancelled due to inclement weather, Fournette assuredly would have surpassed the vaunted 2,000-yard mark.

One of three Heisman finalists in 2015, Deshaun Watson capped an excellent season with arguably the best performance of his career. Watson passed for 405 yards and four touchdowns and gained another 73 yards on the ground in Clemson’s National Championship Game loss.

The Tigers may have fallen short, but the collection of young talent returning to Death Valley puts Clemson at the head of next year’s Playoff discussion. In turn, Watson’s the very early front-runner for the 2016 Heisman Trophy.