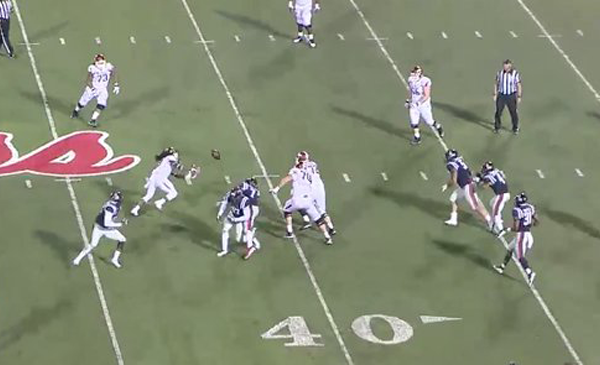 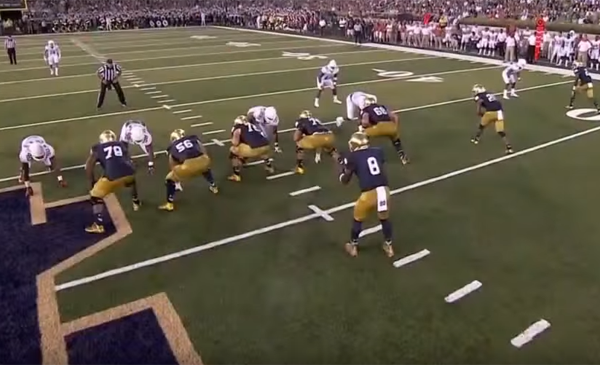 Twelve years ago today — April 22, 2004 — Pat Tillman died in Sperah, Afghanistan, while in service to the United States Army.

The Silver Star recipient famously left a career in the NFL to join the military shortly after the Sept. 11, 2001 terrorist attacks. Tillman’s actions away from football have made him one of the most celebrated names in football. The Pac-12 Conference has since named its Defensive Player of the Year award after him, and his alma mater, Arizona State, remembers the key member of the 1996 national championship-contending Sun Devils every day.

Friday’s news roundup pays homage to Pat Tillman with some of the memories shared of him today.

Pat Tillman played a central role in arguably the greatest season in Arizona State football history. His leadership on the 1996 team is celebrated with an image of Tillman on the Sun Devil Stadium doors, leading from the fieldhouse to the playing surface. In the past season, the Sun Devils donned special uniforms in tribute to No. 42.

On your Friday, take 2 minutes and 38 seconds to learn about #PT42 and his legacy in Tempe.https://t.co/Km4n4GAZgT

From the greatest game in Arizona State’s greatest season, here’s Pat Tillman getting the Sun Devil Stadium hyped against USC, courtesy of @JediASU.

And here’s a sample of his defensive prowess. Small wonder the Pac-12’s Defensive Player of the Year trophy bears his name.

One of my favorite #PT42 photos…taking down a Bronco one-handed. pic.twitter.com/e80D2XDhO1

Longtime Nike-sponsored Cal will drop the Swoosh for Under Armour, per Jon Wilner of The Mercury News. Wilner provides details of the contract, and it’s certainly understandable Cal athletic brass would make this switch.

The Golden Bears now share an apparel sponsor with the most popular athlete currently in the Bay Area, Golden State Warriors guard Stephen Curry. Cal is also in league with another Golden partner as part of the Under Armour contract.

We both use the top brand worldwide.

Kaufusi is expected to play on the defensive line, though at 6-foot-10, offensive coordinator Ty Detmer has to campaign for some red-zone packages that feature Kaufusi as a wide receiver or pass-catching tight end. Six-foot-nine Pittsburgh Steelers offensive tackle Alejandro Villanueva lined up as a pass-catcher for the Army Black Knights in 2009.

Alabama-Tennessee is a classic college football rivalry that lost much of its luster over the last several years. The Crimson Tide and Volunteers haven’t been SEC title contenders simultaneously for well over a decade.

That should change in 2016, bringing meaning back to The Third Saturday in October.

Lane Kiffin’s presence on the Alabama sideline helps further fuel the rivalry’s renewed significance. His one-year stint as Vols head coach ended badly, prompting reactions such as the below from the Tennessee faithful.

Kiffin’s rejuvenated his career at Alabama after a failed run at USC. Judging by his Twitter account, he’s more than happy playing foil to the Vols: