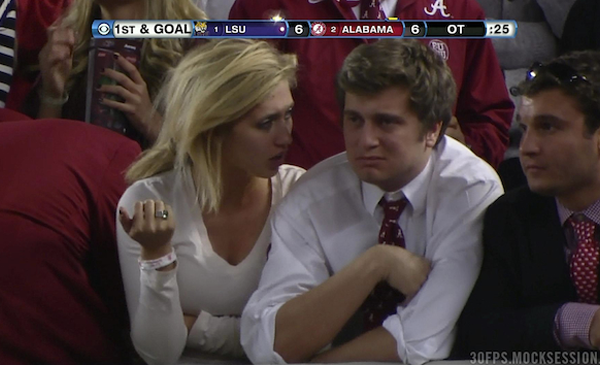 However, Nick Chubb’s Georgia Bulldogs suffered a shellacking against Alabama with the college football-watching nation’s eyes focused collectively on them. Playing under that microscope comes with the added scrutiny sometimes missed when all Heisman voters and assorted other media see is a final box score.

Of Chubb’s 146 yards against Alabama, 83 came on a single play — well after the outcome was no longer in doubt. I’m not exactly breaking news, here.

USC was idle Week 5, and Cody Kessler remains in the same spot of the Heisman Top 10.

#USC‘s Cody Kessler and Baylor’s Seth Russell are having fine starts to the season. pic.twitter.com/WTeKPxqonu