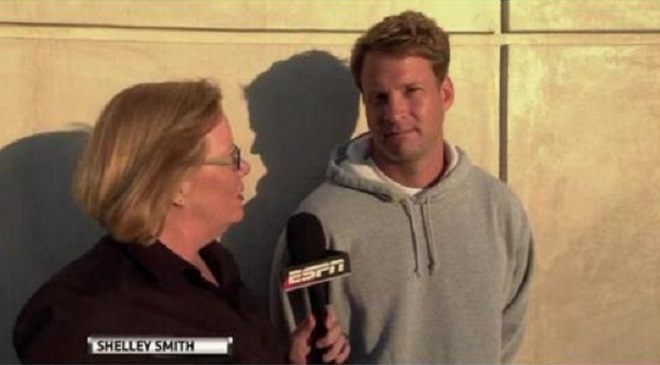 Lane Kiffin Miami rumors aren’t quite at a full murmur around the blogosphere; they’re more like one-off whispers at this point.

The topic began — as far as I can tell — with a post on Reddit’s college football section. The podcast “Solid Verbal” made mention of the theoretical union in June, and my friend, Bleacher Report SEC Lead Writer Barrett Sallee, mentions the Hurricanes in passing in a breakdown of Kiffin’s head coaching prospects vs. those of Auburn defensive coordinator Will Muschamp.

Sallee describes the Lane Kiffin Miami possibility as “a match made in Heaven,” given the coach’s recruiting chops and South Florida’s fertile ground for prep football talent.

Frankly, I see a Kiffin-‘Canes partnership as more of an unholy marriage. A union couldn’t be any more doomed from its inception without involving a Kard…aaah!

*Editors’ note: We’ve prevented the author from writing a hackneyed Kardashian joke. We now return to your regularly scheduled column.

Much like his maligned playcalling in Alabama’s Playoff loss to Ohio State, Kiffin at Miami is something we’ve seen before.

This was a topic I discussed with @MichaelCastFS, who brought up great points.

Yes, all the ingredients for success are there. Miami is situated smack-dab in one of the most talent-rich recruiting pipelines in the nation, and an urban region to boot.

The Hurricanes are traditional powers that have won at the highest level. And, if Kiffin can get the band back together by wooing Ed Orgeron away from LSU, he has a direct tie to the program’s past.

Add that the University of Miami is a private school with a fan base that won’t accept losing or a rebuilding period, for long, and the job sounds an awful lot like…USC.

Now, because a head coach flames out once doesn’t mean he’s destined to do so again. But we’re just two years removed from Kiffin being in the role many presume Al Golden to be now: lame duck. Persona non grata. Dead coach walking.

Media morticians are taking Golden’s measurements while he’s still the head coach, much the same way Kiffin was in 2013.

Are two years as Alabama offensive coordinator sufficient prep time to ready Kiffin for a job that looks an awful lot like the one of which he spectacularly flamed out?

Maybe; no program is under as much scrutiny as Alabama. But scrutiny and exposure are not one-in-the-same, and Nick Saban shields assistants from the latter as much as possible.

Bear in mind that some of the criticism of Kiffin’s USC tenure stemmed from his relationship with media.

I don’t doubt for a second Lane Kiffin will get another opportunity as a head coach. He may very well flourish in that theoretical gig, too.

Besides, if we’re talking about Alabama assistants with a winning track record as a head coach, who boast Miami ties?